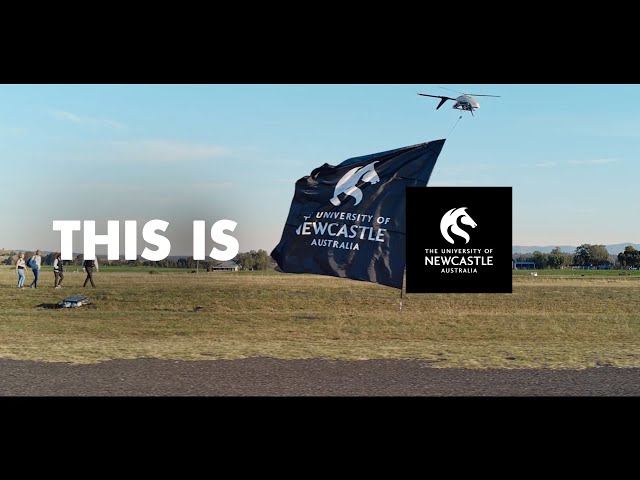 National Ranking: 10
Report an Error in the content of this Page
Direct Representation

It was located at Tighes Hill—on the same site as the TAFE NSW Hunter Institute, then known as a Technical College. The staff and students of the Newcastle University college shared cramped conditions with their Technical College colleagues. Space was at such a premium that one lecturer's office was his car; another lecturer, Dr. Beryl Nashar, was accommodated with a flimsy partition in the typing pool.

The community had campaigned for a University since the 1940s. While the Newcastle University College offered a university education in the region, the community wanted more. They campaigned throughout the 50s to get it.

In 1962, the Vice-Chancellor of UNSW, Sir Philip Baxter, finally relented. Work began on transforming the fledgling college to a university in the full sense.

This period of the University's history has seen fundamental changes to the technologies with which we teach and the nature of student experience. In 1997 The Forum was opened. At the time, it was the largest gymnasium in the area. In the early days of the University, team sports, particularly Rugby, were popular. The Vice-Chancellor and other senior staff members rarely missed a game, always showing up in the University colors. By the mid-nineties this had shifted; students continued to pursue fitness as part of their University experience, but now they did so on their own schedule.

This pattern has been repeated across the University, particularly in the provision of information services. The first Vice-Chancellor used to spend an hour every morning reading the Times in the Library now named in his honor: 11 am, regular as clockwork. Students are now more likely to be seen drinking coffee and accessing online course materials in one of several information commons, twenty-four hours a day. The first of our information commons, the Auchmuty Information Common, opened in 2003.

The 2004 fire in the Shortland Union building in retrospect seems a turning point: a signal of the changes to student life and presage of more to come.

Our technologically advanced education, research, and innovation hubs place UON Singapore as the ideal location for the delivery of UON degrees in the Southeast Asian region. Our close partnerships with some of the best local educational institutions ensure we constantly deliver quality degrees that help you get the most out of your education.

Need help with your studies? Uncertain about where your degree is taking you? Simply looking for a chat? Our locally based team of leading academics and teaching and learning staff gives you first-hand access to support from your lecturers, tutors, and teaching and learning adviser. Whether you choose to study in Singapore or Australia, we are committed to providing all our students with the same high-quality face-to-face support services.

Our team of professional staff handles anything from finance and operations to service and marketing, and most importantly admissions, enrollments, and graduation. We aim to leverage the success of the University of Newcastle and bring value to our students through world-class knowledge and expertise.

Strategically located in Singapore, we aim to be the nexus of nations, opening our degrees to students from all walks of life. While Singapore may be small, our country is recognized as a world leader in higher education and research. We are ranked second in the World Economic Forum's Global Competitiveness Report for 2014-15. We are also ranked 15th in the 2015 QS Best Student Cities,

In Singapore, we bring the University's excellent support schemes directly to you. We implement the unique Peer Assisted Study Session (PASS) and Duty Tutors Assistance Scheme (DTAS) to further bolster our students' academic achievements. If you need to brush up on your study skills, improve your essay writing, or just need help to prepare for your next assignment, we have plenty of support options to make sure you get the most out of your studies.

Among the world's best

The University of Newcastle's main campus at Callaghan is only 12 kilometres from beaches and the heart of Newcastle - a city named as one of the world's top 'Smart Cities' to watch in 2017 by Global magazine National Geographic Traveler.

The University of Newcastle Sydney Campus is located in purpose-built premises on Elizabeth Street. This easily accessible, central location in the heart of the Sydney CBD provides world-class facilities and services that support innovation in learning and a next generation experience for our students and staff.

UON Central Coast is proud to celebrate over 25 years of world-class teaching, learning and research in our region. During this time, a strong community of career-ready students has flourished, with the campus shaping graduates into key members of our local area - and the world. Situated just two minutes from the M1 Pacific Motorway, UON Central Coast is conveniently located and provides a range of flexible courses to suit a busy, modern lifestyle.

The University of Newcastle plays an important part in the renewed sense of vibrancy in the Newcastle CBD and our Newcastle City campus is very much at the centre of the city's burgeoning arts scene. NUspace is a $95 million landmark education building developed in 2017 by the University of Newcastle in the heart of Newcastle's CBD. NUspace harnesses the latest in technology and innovation in teaching and learning to deliver a world-class student experience by engaging students in new and exciting ways.

Our Port Macquarie campus gives students from the northern regions of NSW the chance to gain first-rate qualifications in important fields without having to travel too far from home and without the pressures of living in a bigger city. The University of Newcastle and TAFE NSW - North Coast Institute share the Port Macquarie campus. This multi-sectoral campus offers both University and TAFE programs to approximately 4,000 students and a number of joint services and facilities.

Established as a wholly-owned entity of the University in 2006, UON Singapore has continued to deliver and expand both its full-time and part-time programs. Our strong partnerships with leading local institutions provide our diverse range of local and international students access to a broad variety of professional networks when they graduate. Our researchers work with world-class organisations and institutions in the Singapore region and across the globe on research projects, research seminars and faculty-specific collaborations.

Bachelor of Coastal and Marine Science

Bachelor of Electrical and Electronic Engineering (Honours) / Bachelor of Business

Bachelor of Electrical and Electronic Engineering (Honours) / Bachelor of Mathematics

Bachelor of Environmental Science and Management

Bachelor of Environmental Science and Management / Bachelor of Business

Bachelor of Innovation and Entrepreneurship / Bachelor of Laws (Honours)

Bachelor of Nutrition and Dietetics (Honours)

Bachelor of Public and Community Health

Doctor of Philosophy (Accounting and Finance)

Doctor of Philosophy (Gender and Health)

Doctor of Philosophy (Immunology and Microbiology)

Doctor of Philosophy (Nutrition and Dietetics)

Master of Leadership and Management in Education

Master of Materials Science and Engineering

Master of Philosophy (Accounting and Finance)

Master of Philosophy (Behavioural Science in Relation to Medicine)

Master of Philosophy (Immunology and Microbiology)

Master of Philosophy (Nutrition and Dietetics)

Master of Social Change and Development

Master of Special and Inclusive Education