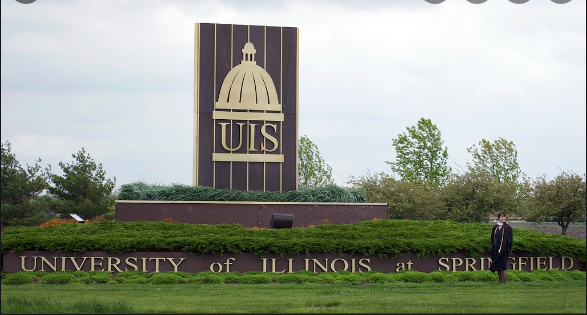 National Ranking: 30
Report an Error in the content of this Page
This Institution is not directly represented by us and applications / visa support (to them) attract a nominal charge

UIS celebrates its diversity with a campus comprised of students and faculty of various ages, backgrounds, and ethnicity.

Colleges: Business and Management, Education and Human Services, Liberal Arts and Sciences, Public Affairs and Administration
Research Funding: Approximately $7 million annually
History: Established in 1969 as Sangamon State University by the Illinois General Assembly. On July 1, 1995, became a campus of the University of Illinois, thereafter known as the University of Illinois Springfield.
Location: Southeast side of Springfield, Illinois, near Lake Springfield. Approximately 200 miles southwest of Chicago and 100 miles northeast of St. Louis.
Campus: 746 acres

US News & World Report rankings:
No. 1 public regional university in Illinois and No. 4 in the Midwest (2020, 2021, 2022).
No. 5 for students graduating with the least amount of debt, Midwest regional category (2021).
Top 10% online bachelor's degrees in the U.S. (2022)
Top 20 best value school, Midwest regional category, and the only public university in Illinois on the list (2022).
No. 12 best college for veterans, Midwest regional category (2022).
Among the 15 best public regional universities in the Midwest since 2006.
UIS welcomed the largest first-year class in university history in the fall of 2019.
The College of Business and Management is accredited by the AACSB, a distinction earned by less than 5% of business schools worldwide.
UIS alums comprise 28% of the college educated workforce residing in Springfield.
UIS and its students and alumni add $833 million to the Illinois economy annually.

Bachelor of Arts in Criminology and Criminal Justice