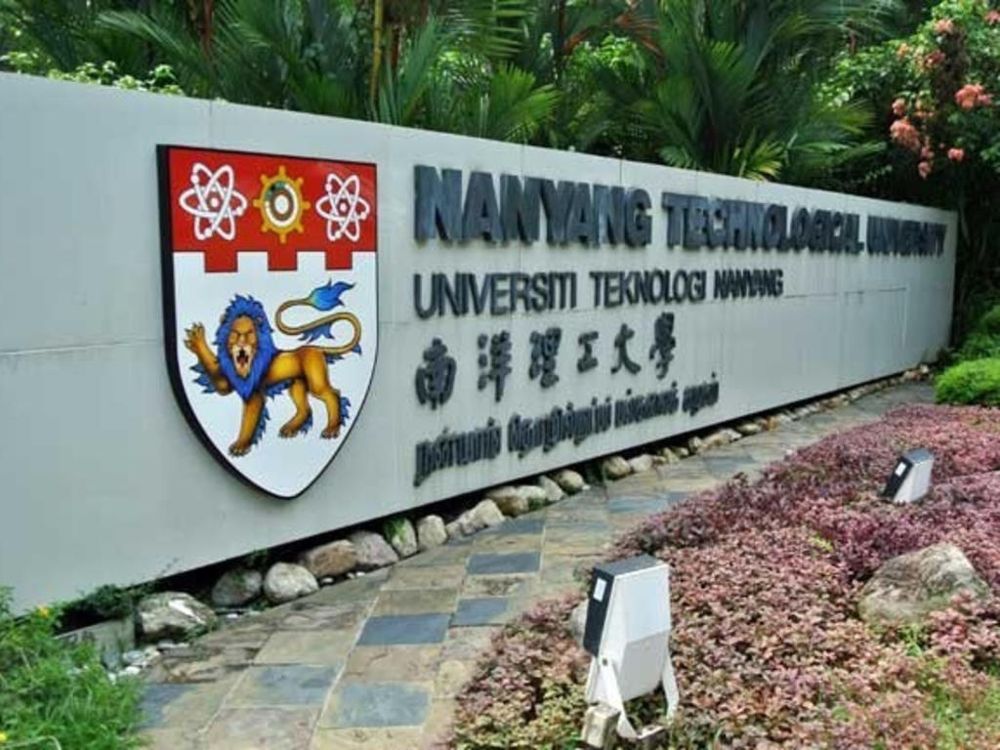 National Ranking: 2
Report an Error in the content of this Page
This Institution is not directly represented by us and applications / visa support (to them) attract a nominal charge

NTU’s campus is frequently listed among the Top 15 most beautiful university campuses in the world. It has 57 Green Mark-certified (equivalent to LEED-certified) building projects comprising more than 230 buildings, of which 95% are certified Green Mark Platinum.

Besides its 200-ha (500-acre) lush green, residential campus in the western part of Singapore, NTU also has a second campus in the heart of Novena, Singapore’s medical district.

Meteoric rise in international academic reputation ?
In 2019, NTU was placed 11th globally in the Quacquarelli Symonds (QS) World University Rankings. It was also ranked the world’s best young university (under 50 years old) by QS for the sixth consecutive year in 2019. In addition, NTU was named the world’s fastest rising young university by Times Higher Education in 2015.

In engineering and technology, NTU is ranked 6th worldwide in the QS World University Rankings by Subject 2019. Mirroring this success is the College of Science, whose young chemistry department is ranked 13th among universities in the Nature Index 2019. Boosted by research at the Lee Kong Chian School of Medicine, NTU is also strengthening its foothold in areas such as biomedicine and life sciences.

The well-established Nanyang Business School is regularly featured among the leading business schools in Asia, with its MBA programme consistently rated top in Singapore since 2004 by The Economist.

Innovative learning
In higher education, NTU is driving new pedagogies so that millennials can learn more effectively in this digital age. Part of NTU's education strategy is the flipped classroom model of learning. The centrepiece of this new way of learning is The Hive, a groundbreaking learning facility that has been described by CNN as having redefined the traditional classroom.

Set up jointly with Imperial College London, NTU's medical school, is grooming a new generation of doctors to meet the healthcare needs of Singapore.

NTU is also home to a number of world-class institutes. The National Institute of Education? trains all teachers in Singapore, which is known for having one of the best education systems in the world.

NTU actively pursues partnerships with top universities and runs joint and dual PhD degree programmes with well-established universities. Some of its key partners in academia and research include Imperial College London, Technical University of Munich, and University of California, Berkeley.

The university also works closely with the biggest industry players in making its research relevant to society. In the past few years alone, NTU has struck a record number of tie-ups with big players such as Alibaba, Rolls-Royce, SenseTime, Delta Electronics, ST Engineering, SMRT, SingTel and Surbana Jurong.

A cosmopolitan international university, NTU has more than 100 nationalities on its campus. With more than 300 academic partners, international exchange students are a common sight on the sprawling campus.

Believing in the benefits of global exposure and immersion for its students, NTU aims to have at least 8 in 10 undergraduates go overseas at least once during the course of their studies.

This can be through student exchanges, summer programmes, field trips, research attachments, internships and industrial attachments, competitions, conferences and more.

It’s often been said that one’s university years are the first draft of your future. Like the droplets of water that will eventually fill a pail, all freshmen will soon understand what it means to be NTU students and how they will be prepared for the challenges of a globalised society. This new world is being driven by dramatic changes in the environment, economics, politics and advancements in technology, resulting in new ways of working, living and playing. In 2011, NTU introduced a new undergraduate curriculum that puts learning within and beyond the curriculum at its core. Called NTU Education, this approach focuses on supporting how students learn and providing them with opportunities to develop skills that will enable them to face the challenges of the 21st century with optimism and confidence

NTU was ranked 11th in the world and 3rd in Asia in the 2020 QS World University Rankings. NTU also came in overall 1st in the world in the ranking of young universities for five consecutive years in the QS Top 50 Under 50 rankings from 2015 to 2019. In 2011, NTU became the first university in Asia to receive the maximum five stars under the QS Stars evaluation system, and the only one in Singapore to date.

In the 2017 QS World University Rankings by subjects published, NTU had 19 subjects in the world's top 50, with two subjects in the global top 10. It also came in first in Asia for Materials Science and Electronic Engineering.

NTU is ranked 4th in Asia in the Times Higher Education Asia University Rankings 2017, a drop of 2 places from the previous year. In 2017, NTU rose to 52nd position worldwide in the Times Higher Education World University Rankings with strong scores in all the categories measured, particularly for research, citations, international outlook as well as industry income and innovation. As a result, NTU rocketed a total of 122 places since 2011 in the THE rankings. NTU is also ranked 3rd best among the global young universities under 50 years old, a drop of 1 place from the previous year.

Academic Ranking of World Universities and other rankings

Independently, the 2017 Academic Ranking of World Universities published by the Shanghai Ranking Consultancy that ranks universities' research performance and places a high weightage on the number of Nobel Prizes and Fields Medals won by a university’s alumni and faculty placed NTU 115th worldwide and 2nd in Singapore. NTU president Bertil Andersson had voiced out in 2015 that the ARWU ranking methodology is inherently biased against young universities like NTU. Nevertheless, in the same ranking, ARWU places NTU's engineering faculty at No.2 in the world.

NTU's Nanyang Business School is Singapore's top business school, having ranked 24th worldwide in the 2017 Financial Times Global MBA Rankings. For the 13th straight year, Nanyang Business School has been ranked the best in Singapore by The Economist. Also, NBS is placed 10th worldwide in the Financial Times’ (FT) rankings of the world’s top 100 Executive MBA (EMBA) programmes. Accounting research at NBS is rated 7th in the world and remained No. 1 in Asia by the Brigham Young University (BYU) Accounting Research Rankings released in April 2014. NTU Tan Hun Tong is currently the world's top accounting researcher for the third year running while Clive Lennox is ranked 7th in the world and 2nd in Asia. Notably, Vijay Sethi was voted the world's best business professor as the sole recipient of the prestigious Business Professor of the Year award from The Economist Intelligence Unit (EIU) in March 2013, beating top business professors from Harvard Business School, Wharton Business School and London Business School.

The S. Rajaratnam School of International Studies has been ranked second among university-affiliated think-tanks in Asia and 22nd internationally.

Master of Science in Project Management