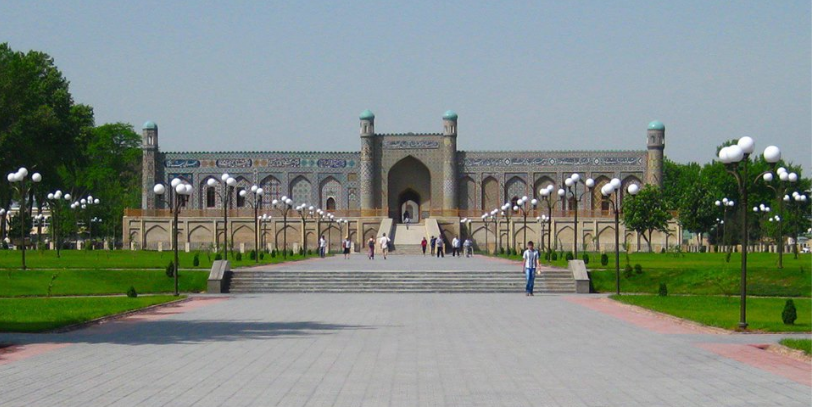 Our institute trains teachers. There 8 faculties in our institute. They are Foreign languages, Physical instruction, Mathematics and informatics, History, Pedagogy and psychology, Preschool education, Natural science, Uzbek language and literature.

Muqimiy Kokand State Pedagogical Institute was founded in January 1931 as the evening pedagogical institute. The institute has been transformed into the day state institute of teachers since 1939-1940. Since 1943 it has been transformed into the Women's Teacher's Institute, and since 1954 it has been transformed into the State Pedagogical Institute of Women. In October 1943, the Institute was renamed Muqimiy, a democratic poet.
Over the past period the Kokand State Pedagogical Institute has passed a path from a small educational center to a large higher educational institution. At the time of its establishment, it consisted of three departments, with more than 60 students studying there, and nowadays there are 8 (Physics-Mathematics, Pedagogy, Preschool and Initiatives) At the faculties of faculties, there are preparing 20 master's degrees on 20 directions of bachelor's degree and 8 master's degrees in the faculties of education, Uzbek language and literature, foreign languages, natural sciences, history, physical culture.
At the institute, 20 educational and 8 master's specialties are being equiped with state educational standards, curricula and programs. In particular, the Bachelor's Degree in the 2015-2016 academic year for the 3-4th courses will be held on the basis of the Ministry of Higher and Secondary Special Education of the Republic of Uzbekistan from September 16, 2011 ? 387, On the basis of the state educational standards and curricula of the specialty "Pedagogy 110000", approved by the order ? 84 from March 10, and by the order ? 303 of August 31, 2015.

On September 9, 2015, the Ministry of Higher and Secondary Special Education of the Republic of Uzbekistan ? 5-2015 "Educational, scientific-methodical, scientific-research, organizational-methodical work of teaching staff of the higher educational institution , "On approval of the Rules of Determining the Conjugation of Spiritual, Educational, and Educational Activities" (registered by the Ministry of Justice of the Republic of Uzbekistan on October 19, 2015), 2015-2016 1: 10,5 states were revealed in the ratio of the number of students, corresponding to a certain professor-teacher of the year, and annual teaching materials for the professors and teachers were transferred to each of the professors and teachers of the departments, personal plans of professors and teachers have been upgraded and approved at the required level.