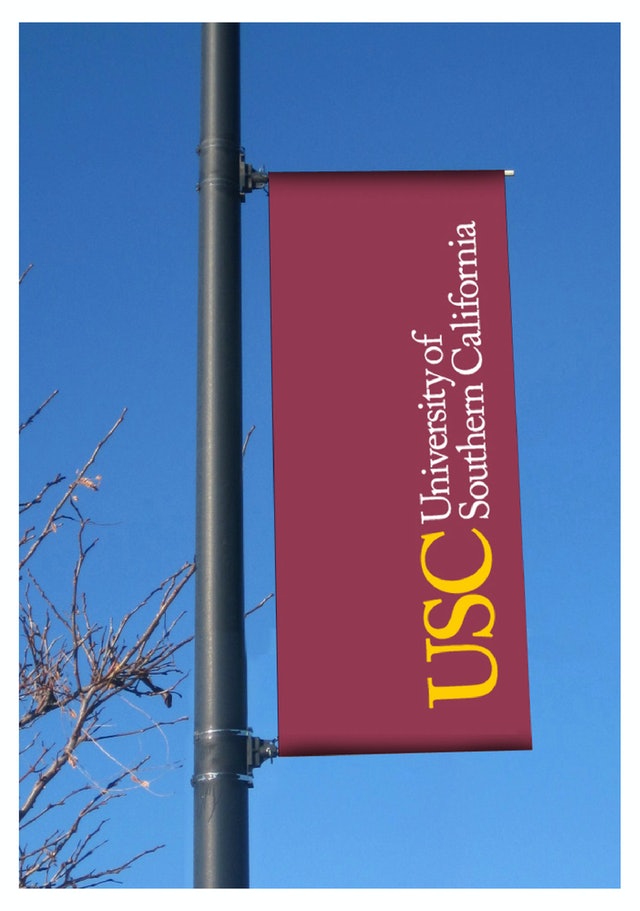 National Ranking: 18
Report an Error in the content of this Page
This Institution is not directly represented by us and applications / visa support (to them) attract a nominal charge

The University of Southern California (USC, SC, or Southern Cal[a]) is a private research university in Los Angeles, California. Founded in 1880, it is the oldest private research university in California. For the 2018–19 academic year, there were 20,000 students enrolled in four-year undergraduate programs. USC also has 27,500 graduate and professional students in a number of different programs, including business, law, engineering, social work, occupational therapy, pharmacy, and medicine. It is the largest private employer in the city of Los Angeles and generates $8 billion in economic impact on Los Angeles and California.

USC was one of the earliest nodes on ARPANET and is the birthplace of the Domain Name System. Other technologies invented at USC include DNA computing, dynamic programming, image compression, VoIP, and antivirus software.

USC's alumni include a total of 11 Rhodes Scholars and 12 Marshall Scholars. As of October 2018, nine Nobel laureates, six MacArthur Fellows, and one Turing Award winner have been affiliated with the university. As of May 2018, USC has conferred degrees upon 29 alumni who became billionaires. USC has graduated more alumni who have gone on to win an Academy Award than any other institution in the world by a significant margin. USC alumni have also played crucial roles in 21 of the top 25 highest-grossing films of all time, as of 2019.

USC sponsors a variety of intercollegiate sports and competes in the National Collegiate Athletic Association (NCAA) as a member of the Pac-12 Conference. Members of USC's sports teams, the Trojans, have won 107 NCAA team championships, ranking them third in the United States, and 409 NCAA individual championships, ranking them second in the United States. Trojan athletes have won 288 medals at the Olympic Games (135 golds, 88 silvers and 65 bronzes), more than any other university in the United States. In 1969, it joined the Association of American Universities. USC has had a total of 521 football players drafted to the National Football League, the second-highest number of drafted players in the country.

This year, USC received a record number of applications for its fall freshman class — more than 64,000 applied — making 2018-2019 the institution’s most selective year on record, with a record-breaking acceptance rate of 13 percent. One in seven students (14 percent) of the class of 2022 are first-generation college students. With one of the most abundant financial aid pools in the country, USC provides more than $337 million in scholarships and aid.

USC first opened its doors to 53 students and 10 teachers in 1880, when the newly founded “city” still lacked paved streets, electric lights, telephones and a reliable fire alarm system. Today, USC is home to 44,000 students and 4,000 full-time faculty, and is located in the heart of one of the most vibrant and diverse cities in the world.

In a comprehensive 2020 ranking, The Wall Street Journal and Times Higher Education ranked USC 18th among more than 1,000 public and private universities. Among all California institutions — public and private — only USC, Caltech and Stanford University ranked within the top 20. Of the 150 universities surveyed in the western U.S., USC ranks No. 3. Among the top 25 schools, USC ranked No. 2 in engagement and No. 5 in environment, a measure of diversity and inclusion.

Bachelor of Science in Computer Science

Master of Science in Business Analytics

MS in Molecular Microbiology and Immunology