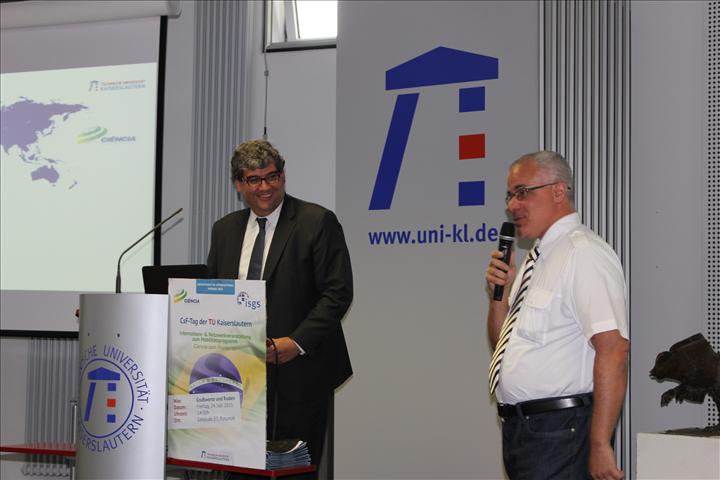 National Ranking: 50
Report an Error in the content of this Page
This Institution is not directly represented by us and applications / visa support (to them) attract a nominal charge

TU Kaiserslautern is organized into 12 faculties. Approximately 14,869 students are enrolled at the moment. The TU Kaiserslautern is part of the Software-Cluster along with the Technische Universität Darmstadt, the Karlsruhe Institute of Technology and Saarland University. The Software-Cluster won the German government's Spitzencluster competition, the equivalence to the German Universities Excellence Initiative for clusters.

There are many reasons that make it worth choosing Kaiserslautern as your new home for studying, learning, enhancing your academic horizon:

TU Kaiserslautern is the only University of Technology & Science in the state of Rhineland-Palatinate and the only university in a UNESCO biosphere reserve
TUK has gained high reputation in science, technology & industry in only a short period of time and holds top positions in Germany’s university rankings
The University has a large diversity of over 100 research- & future-oriented study programs in innovative fields such as Embedded Intelligence etc.
TUK offers excellent & application-oriented education with modern infrastructure & high-quality facilities surrounded by the healthy environment of the Palatinate forest
Industrial internships guarantee an education closely linked to professional practice
A large number of internationally renowned research institutes all of which are situated either directly on or nearby the campus and closely cooperate with the university in the field of applied research
Excellent support & guidance for all students from the beginning of their studies up to their graduation and even beyond